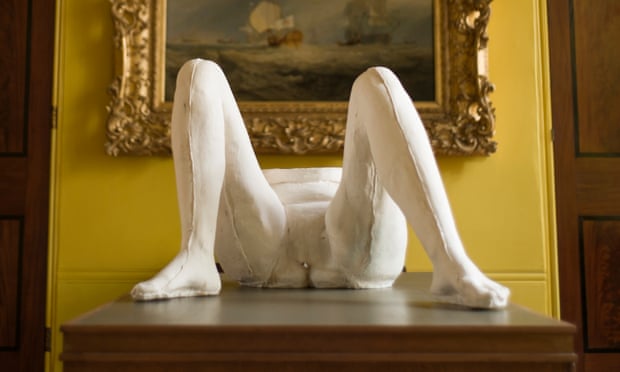 Raising the Skirt: the Unsung Power of the Vagina is in the national press. Check out my interview with Guardian journalist Alison Flood at http://bit.ly/2PqxgRN 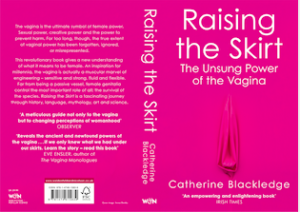 An extract from the article is published here.

Twenty years ago, Catherine Blackledge’s history of the vagina The Story of V broke boundaries. As it is reissued, she talks about anasyrma as activism and why we lie about the clitoris

Catherine Blackledge immediately knew what her first book, a cultural history of the vagina spanning more than two millennia, should be called: Vagina. But two decades ago, this decision didn’t go down well.

“I’ve always liked the word vagina. I think it sounds regal. But the publishers were having none of it. They were horrified by the idea,” says Blackledge today. “Some of the men in the meeting couldn’t even say the word.”

Twenty years ago, when Blackledge had the idea for a book celebrating the beauty and power of the vagina, she was working as a science journalist for the European (she has a PhD in chemistry). She’d gone to see The Vagina Monologues with friends, and had found it “deeply moving”; she’d read about the discovery that the clitoris was tens of times larger than had previously been thought. She wanted to read more but when she began researching, all the books she could find were about vaginal diseases.

“That says it all really, that the only thing worth writing about the vagina was its diseases,” she says. “You could get all sorts of histories about the phallus, the different festivals, all celebrating male virility. There was this aching gap where there was nothing about the woman, so I pretty much walked into a publishing deal.”

Blackledge and her publishers compromised on the title and called it The Story of V. Published in 2003, the book explores the vagina from a scientific and historical perspective, looking at everything from the tradition of anasyrma, the centuries-old gesture of lifting one’s skirt to display female genitalia and ward off evil, to the active role the vagina takes in reproduction.

It became a bestseller and, almost 20 years later, is being reissued. A lot has changed. First off, the main problem with calling a book Vagina in 2020 is distinguishing it from the crop of books published since: Natalie Angier’s Woman: An Intimate Geography, Naomi Wolf’s Vagina: A New Biography, Emma LE Rees’s The Vagina and Jennifer Gunter’s The Vagina Bible.

So Blackledge has gone for Raising the Skirt: The Unsung Power of the Vagina – not least, she says, because since she wrote about anasyrma it has become widely adopted as a political gesture. Polish artist Dr Iwona Demko led a group of women lifting their skirts high at anti-abortion demonstrations in Poland in 2016. Ana Suromai, a painting by artist Amanda Sage of a woman lifting her skirt and screaming, appeared on banners at the Los Angeles Women’s March in 2017. (“I lift my skirt to oppression and dishonesty, to lies and deceit,” Sage has said.) And that same year in Italy, anasyrma demonstrations protested against gender discrimination and male violence against women.

Demko calls the Polish edition of Blackledge’s book, Wagina, her “bible”. Having organised 11 anasyrma protests since 2014, Demko told Blackledge she and her fellow protesters did this “to stop being ashamed. To recall the lost meaning of women and femininity. To restore the value of power resulting from the ability to give birth to a new life. To emphasise our importance … It was a perfect act to give us courage.”

“One of the things I feel very proud of is that even 20 years ago, nobody knew about the idea of raising the skirt,” Blackledge says. “Now you have women using it within activism, raising the skirts to show female power.”

“I think there’s there’s a moment that every person born with a vagina shares, and that is when you realise that you are treated differently to people who have a penis, that you are not treated with the same level of respect,” she says. “I do think women were all wounded in some way. We feel negative about our genitalia, because it seems to be the source of why we are treated differently.”

She is “deeply” angered by the lack of change in children’s sex education books. Reading one with her daughter recently, she was “horrified” to see the clitoris described as small and pea-shaped. “It’s not. This is such out-of-date information,” she says. “We routinely downgrade female power, whether it’s sexual, creative or protective. All these textbooks should describe the clitoris as a wishbone-shaped structure, consisting of a crown, the piece of flesh that you can feel, a body and two legs which root deep inside and lie either side of the vagina. We knew the wishbone-shaped structure of the clitoris in 1672 but we’re still concealing this information from girls.” 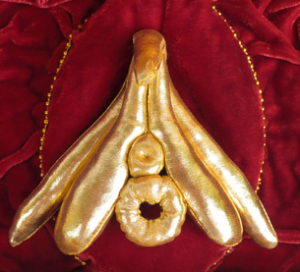 Blackledge, who works for a fertility charity, writes about how parents perpetuate the stigma around vaginas by refusing to use the correct language. “Most parents in the UK choose to use vaginal euphemisms such as flower, tuppence, fairy, bits or front bottom,” she writes. “Vagina and vulva are not the wrong words, or rude words, or too anatomical words, they are simply the correct words and it is only an adult’s own hang-ups that colours them otherwise.”

She believes parents should just say vagina and vulva, but suggests that “if the UK wants a new non-anatomical word, my vote is for verenda. It’s an old word for the vagina and means ‘the parts that inspire awe or respect’. Grace, gravitas and a great provenance combined.”

She also believes girls should be aware of the ancient stories about the power of female genitalia. “Imagine a world where as girls we’re told these incredible stories – in mythology about the goddesses raising their skirts, and in doing so making the world fertile again, or they raise their skirts and they can defeat armies,” she says. “We all know about Bellerophon and Pegasus the winged horse, but we don’t know about the women who raised their skirts to the hero and the winged horse and vanquished them. I tell my daughter all these things because I feel like it will make a difference.”

Publishers might be happy to print the word vagina on covers these days, and women might be raising their skirts, but reproductive rights are increasingly being challenged around the world, something Blackledge argues is rooted in men who feel unnerved by the advances of feminism. “There are plenty of good men who are happy to see a shift to equal power bases, but there are plenty of others who are deeply threatened by that shrinking power base,” she says, “I think that’s where problems can come. Patriarchy is really rooted in controlling female reproduction.”

There’s a long way to go, she admits. “But I think you have to start somewhere. And women and girls are definitely not made to feel good about having a vagina if we don’t use the right words, if we don’t tell them these stories … It would make such a difference to female psychology if we talked about things differently.”

She gives the example of ova, which are 80,000 times bigger than sperm. “We have this idea of the sperm going on this valiant and action-packed journey to the egg. But we know now that the game is always played on her turf. She controls the action, she pulls the sperm to her and she engulfs it. The language that we use in so many things is always about male active, female passive. When that changes, I think it will be a dramatic shift. We’re stuck in the old language at the moment.”

Raising the Skirt: the Unsung Power of the Vagina is available from Amazon at https://amzn.to/2TycstS